Some novels to explore:

Immortal Muse by Stephen Leigh – Historical Fantasy: An immortal muse survives on the creativity of the artists she inspires but must contend with another immortal who feeds off human pain in a story that ranges from the 1300’s to present day New York.

Spider Wars: The Burning Dark by Adam Christopher — SF: A grand epic in the far future in which a disconsolate spaceman believes he hears space transmissions from the rumored lost Soviet cosmonauts of the past, indicating a danger of an alien nature.

Prospero’s War: Dirty Magic by Jaye Wells — Urban Fantasy: First in a new series in an alternate Earth where magic comes in the form of alchemy and drugs, and a female cop must help a federal task force with a case with connections to her troubled past.

Ancillary Justice  by Ann Leckie – SF: A female soldier who was once a massive starship linked to corpse solidiers via A.I. seeks vengeance on those who destroyed her.

So, has the female movie star died off as we enter into the full 2014 movie season? No, and not just in the area of the big budget action movies. “Women’s” pictures – comedies and dramas led by women – also have made money these past few years and upped profiles. August: Osage County, a female star-studded Broadway play adaptation, for example, made on a small budget of salary-cut-for-the-indie-prestige with the Weinsteins, nearly $60 million in 2013.

In fact, women-led films — drama, comedy or action — have in recent years consistently counteracted the current claim that the middle-budget film is dying out in favor of the big tent poles. The women are cheaper and given less investment in budgets, as previously visited, and so when their films do well, the profits are higher than bigger movies that just break even. More women-led films made over $100 million in 2013 than in 2012, when they were more highlighted in PR and media attention.

Of course, it’s not necessarily making movie stars if the women are regulated to a mid-low budget ghetto. And women directors are still being shut out of both big tentpole films and lower budget Oscar contenders. But there is upwards pressure. If Sandra Bullock can get $20 million and 15% of the gross for Gravity and Angelina Jolie can fund and direct movies, that means younger female actors can push for more green and better deals. Actors like Jennifer Lawrence, Kristen Stewart, Mila Kunis and Emma Stone are already bonafide movie stars making millions. Actors like Natalie Portman and Charlize Theron are also in the A-list club with large salaries for their bigger projects.

Does that mean then that 2014 is going to be a super year for women actors in film, though, and in the big action movies? The answer is that it is and it isn’t. 2014 is shaping up to be a good year in terms of women being highly present and doing major, high profile roles in action films. There are, however, less women-led action films in the pipeline for 2014 than the previous two years. Some of those films coming out are likely to do very well at the box office, but there is the inevitable desire in Hollywood to slow down the supposed “risk” of the females, and take on the male security blanket action pics and hope that the male stars can keep milking the world foreign box office. The reality is that if your woman-led action picture does well, you don’t get nearly the status in the industry that you do if your man-led action picture does well, and so regardless of the box office, the tendency is to advance the males, with male directors. That means women have to continue with trickle, trickle erosion and still being mostly seen as the eye candy while they kick ass.

So 2014 is going to have its comic superhero movies, old world myth fests and action spectaculars led by men and special effects. The numbers of recent studies about women’s participation in film are not heartening. And yet the tipping point we seem to have witnessed in 2012 does not seem to be tipping backwards. It’s just continuing on its sneaky roll, with Hollywood now automatically putting in a female member or more for every action team, an increase in female power villains, and a lot more excitement about the actresses in big power flicks than most of the male stars. That’s…annoying, really. Who likes riding in scanty clothes on what continues to be a slow moving glacier? But what’s becoming normal – having the women there, kicking ass and frequently leading – is shaping the future of movies slowly and surely. Hollywood likes its myths, but it likes money too. And audiences have shown that they clearly don’t care if it’s a woman or a man in the lead, or in any other role.

So what is coming up for women in the action pictures, all kinds, in 2014:

Women-led action pics for 2014 include first off the YA adaptation Divergent. A lot of folks are seeing this as Hunger Games lite, but the books have a solid fan base who don’t seem unhappy with what they’ve heard about the film so far. The film is coming out in late March (at what is now the start of the “summer” season,) probably doesn’t have a large budget, and seems to be getting a lot more studio support than previous female-centric YA adaptations last year. Then there is surprisingly the film Veronica Mars, based on the cult t.v. show. Veronica Mars got a lot of attention off of its Kickstarter partial budget campaign, which is now making the film a bigger deal, and fan enthusiasm is high, while the budget is very low. Veronica Mars brings the television sensibility to the film – that the woman can be the detective/action person who leads and everyone else circles around – so even if it isn’t a huge hit, it’s going to help and definitely ups Kristen Bell’s profile.

END_OF_DOCUMENT_TOKEN_TO_BE_REPLACED

Back in early 2012, I took two posts by Australian author Joel Shepherd as a jumping off point to look at women in action film and Hollywood in general. (Shepherd had sold film rights to his military SF series, the Cassandra Kresnov series, which features a female synthetic soldier, and then got to experience Hollywood development hell. Shepherd is also the author of the A Trial of Blood and Steel fantasy series, also featuring a female protagonist.)

Specifically, I looked first in Death of the Female Movie Star? We’re Just Getting Started Part 1 at how the view of women in action has changed, and that women have made slow advances in big budget and action film through a trickle, trickle erosion that did involve a lot of sexy costumes. In Part 2, I looked at what had gone on so far in late 2011 and early 2012 and what was coming up in 2012, which even the media then noted was being a banner year for women in action films. In July 2012, I briefly checked the temperature with How Are You Ladies Doing. And in May 2013, nearly a year later, in It’s Time for Women in Film, I went over what had happened in 2012 and early 2013 and what seemed to be shaping up for the summer season.

So I figured I’d keep going with this, if only for my own curiosity. So let’s review first how it went for the “lady” actors in 2013. That year was less packed with women-led action films than 2012, due to comics adaptations and old franchises and male action stars – a number of which flopped badly — but there were still quite a few, as well as action films in which females played pivotal, kick ass roles. It turned out that the year showed that the Female Movie Star isn’t dead at all.

Women continued to be the leads or co-leads of many horror films in 2013. These low budgeted films racked up some bucks, like Insidious 2 taking in $161 million on a tiny budget, equally small film Mama making $146 million, The Purge earning nearly $90 million and a sequel, and The Conjuring a whopping $318 million. The much anticipated reboot of Evil Dead with a female lead, Jane Levy, has made over $97 million. The rebooted Carrie, with a female director, not quite so hotly anticipated and less warmly received domestically, still made over $84 million worldwide on a small budget.  As previously noted, these aren’t, by and large, the “sexy” movies that get a lot of attention and credit when action films are discussed. But they have consistently been a money making area and one where women actors have been steadily chipping away into major positions – so much so that they helped the archetype of the kick ass woman fighting monsters to become a standard expectation. The growth in horror film’s fortunes tends to be cyclical, but with the Internet and streaming becoming big factors, as well as global box office, horror is a mainstay in which women have essentially conquered, and may start to be conquering with female directors as well.

Over in animation, we had The Croods, which was a big budget father-daughter tale, and it took in over $587 million globally. Then there was Epic, an international, female led fantasy tale that took in over $268 million. But the big mama of the year was Disney’s Frozen, a spin on The Snow Queen that turned it into a tale of two sisters with a hit soundtrack. Frozen has taken in nearly a billion and counting. 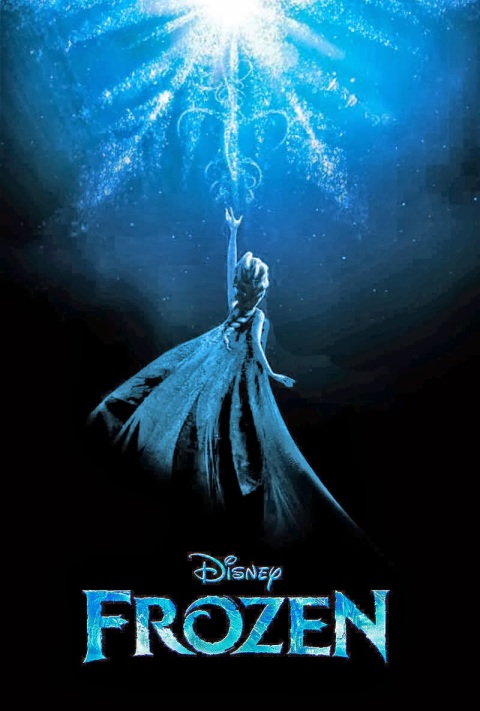 But that’s again animation, which folks discount (never mind how it’s shaping the minds of the young,) and don’t feel necessarily makes an impact on creating female movie stars. So how did they do in the adventure/thriller/SFF area in 2013? The young actresses – the up and coming movie stars – besides horror films, were mostly regulated in 2013 to mid-budget gambles based on successful books if they wanted to be leads. The Host and Beautiful Creatures had mid-sized budgets and so basically flopped with $48 million and $60 million in box office respectively, early in the year. The Mortal Instruments: City of Bones was able to make a good bit past its budget at $90 million, so there is a possibility for a sequel. Spring Breakers was a hit, due to its miniscule budget that made its over $30 million take impressive. The Bling Ring also had a tiny budget and made pocket money – not what is really wanted from director Sofia Coppola, but not disreputable on the indie scene.

Also on lower budgets, The Call, as previously noted, with a small budget and no hoopla made $68 million to be a hit in the early part of the year, with Halle Berry – a female movie star. The Book Thief, a WWII drama, made respectably over $50 million. Women teaming up with men as co-leads did well. Melissa McCarthy’s action comedy with Jason Bateman, Identity Thief, made nearly $174 million on a medium budget, cementing that McCarthy was a bankable star. Hansel and Gretel: Witch Hunters also on a medium budget made over $225 million. Kick Ass 2 centered on the Hit Girl character, played by up and coming teen star Chloe Moretz, and made a respectable $60 million on a low budget.